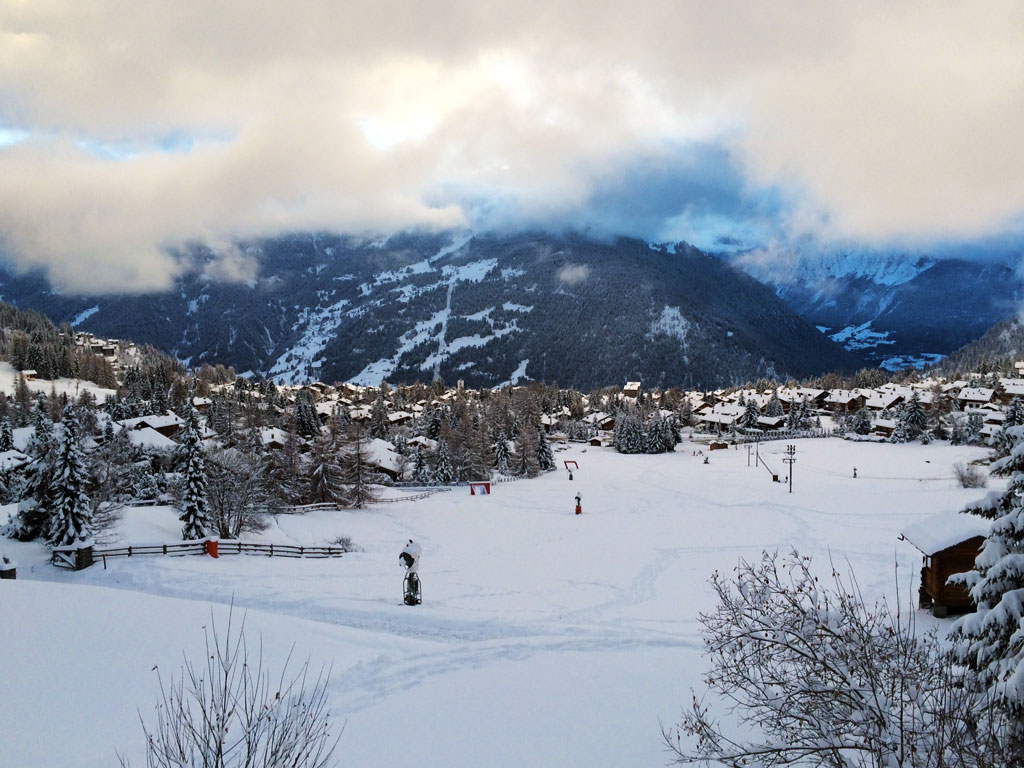 After a very long Indian summer Verbier is now finally ready for the winter season. Over the last 48 hours we have received a huge 50 centimeters of snow! Unfortunately just too late for Televerbier to open the slopes over the weekend, but we had a look up the mountain today and it looks very promising.

First snowfall of the season

The first snowfall of the 2015-2016 season has been a big one. On Friday afternoon it started snowing on Mont Fort and Lac des Vaux. After a stormy night we woke up in a white paradise yesterday morning. Unfortunately the wind has affected the quantity of snow that fell, but during the day we received another 10-20cm.

Today we decided to give it a go and skin up to Ruinettes. In town and at Carrefour the base is approximately 20-30cm. Between Carrefour and Ruinettes the snow is quite heavy, but it is a good base for the winter. Just below Ruinettes we finally found some soft powder in which to make some lovely first tracks. Rumour is the snow above Ruinettes is very good and there is a base of nearly 40-50cm.

When will Televerbier open the lifts?

Lac des Vaux has received over 60cm of snow this weekend, easily enough to open the slopes. Depending on the snow base Attelas-Ruinettes and La Chaux might also be able to open soon. Insider knowledge has revealed there is a chance the slopes may open Wednesday already, but with another 20-30cm forecast for later on in the week, we may have to wait until Saturday.

The good news is that winter is back and we are excited!