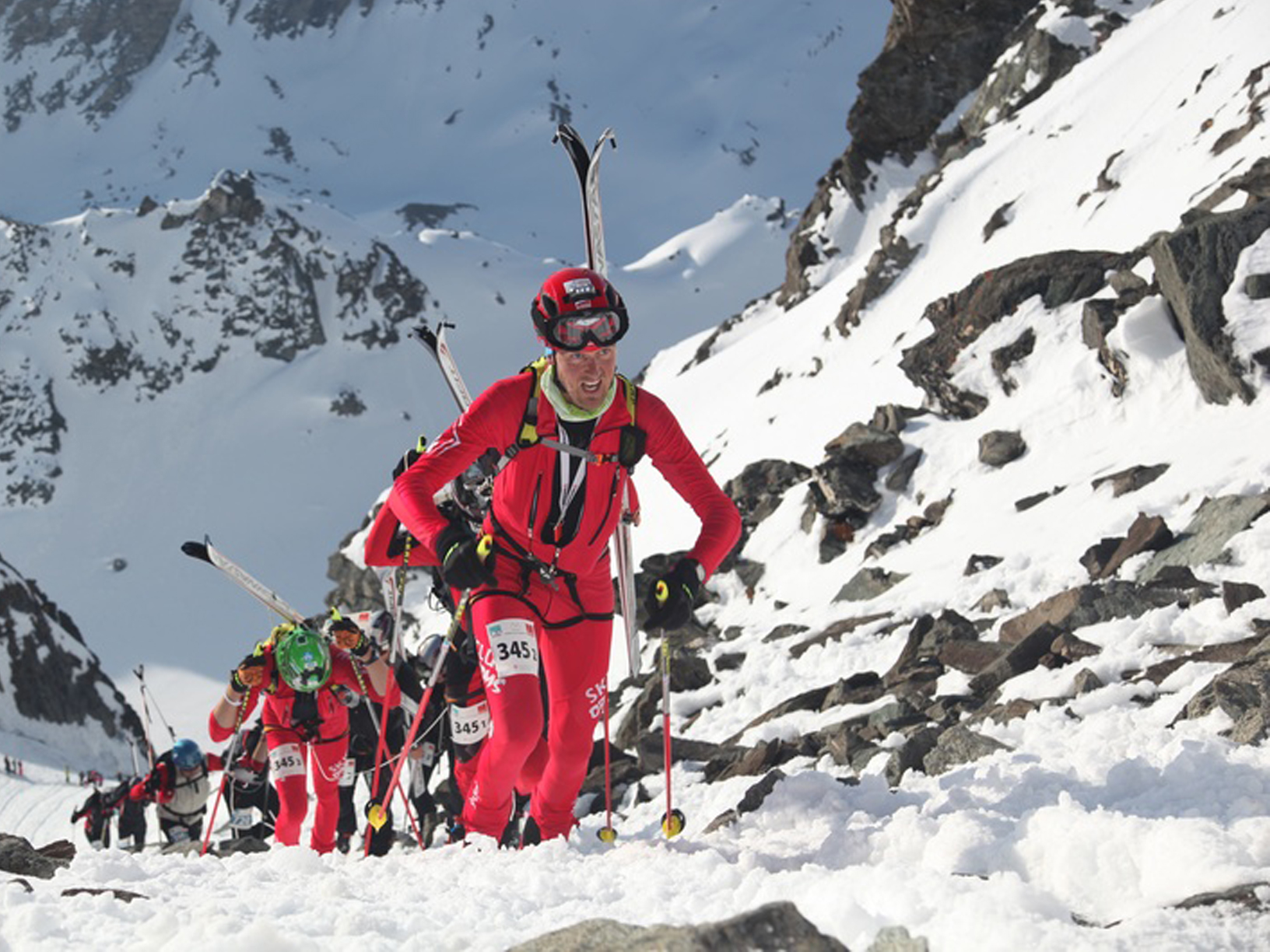 The Patrouille des Glaciers has its origins in World War II although the idea had been first suggested before the war broke out. Two captains in the 10th Mountain Brigade proposed it as a team competition to prove the operational capabilities of the troops.

For this reason the chosen route was the legendary Haute Route leading from Zermatt to Verbier. It usually takes 4 days to complete the trek but under the terms of the competition it had to be completed in a single stage. The first event was not held until 1943 and was initially just a military competition for teams of three.

Sadly in 1949 one of the teams fell into a crevasse and it was 8 days before the bodies were recovered. This was such a tragedy that the Federal Military Department banned all further races for over 30 years.

In 1983 Lt General Roger Mabillard, then Chief of Training for the Swiss Army, himself a proponent of endurance races, authorised the Patrouile des Glaciers to be reinstated in the calendar and gave the 10th Mountain Brigade the task of organising the competition once again.

The event re-commenced on the night of 4-5th April 1984 with about 190 teams of three competitors. This time round the safety of the competitors was the main consideration and this is still the case today.

In 2006 the number of applicants was so high that the event was divided into two sections, one from Zermatt and one from Arolla with both finishing in Verbier. Since then a multistage enrolment has been put in place and the maximum number of teams allowed to enter is limited to 1,400, each with 3 people roped together.

In 2014 the event is from 29th April to the 3rd May and participants are expected to display sound Alpine knowledge and touring skills, excellent skiing skills particularly while roped to others and very high levels of training. It really is a test of dedication, discipline and technique.