Martigny is located on the elbow of the Rhone about 30 minutes by car from Verbier. It was historically important because it controlled the routes from the Grand St Bernard, Simplon and Forclaz mountain passes, and it has a wealth of artifacts and remains from the Celtic and Roman periods.

There is a restored Roman amphitheatre across the street from the original Roman road used by Claudius on his way to invade Britain in 43AD. Next to the Amphitheatre is the St Bernard Dog Museum, housed in an old military warehouse.  This not only tells the story of the pass and hospice at Grand St Bernard, but also has dogs which the visitor can see.

The Pierre Gianadda Foundation (Fondation Pierre Gianadda) is the most important cultural attraction in Martigny and in addition to a Gallo-Roman Museum houses a car museum and landscaped sculture park.  The building for the museum was constructed around the remains of a Celtic temple – the oldest of its type in Switzerland. This year the main artists on display are Sam Szafran until mid-June, then Modigliani and l’Ecole de Paris until November. 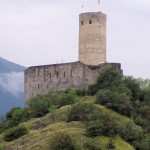 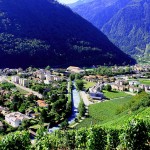 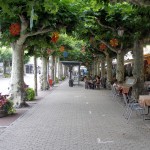